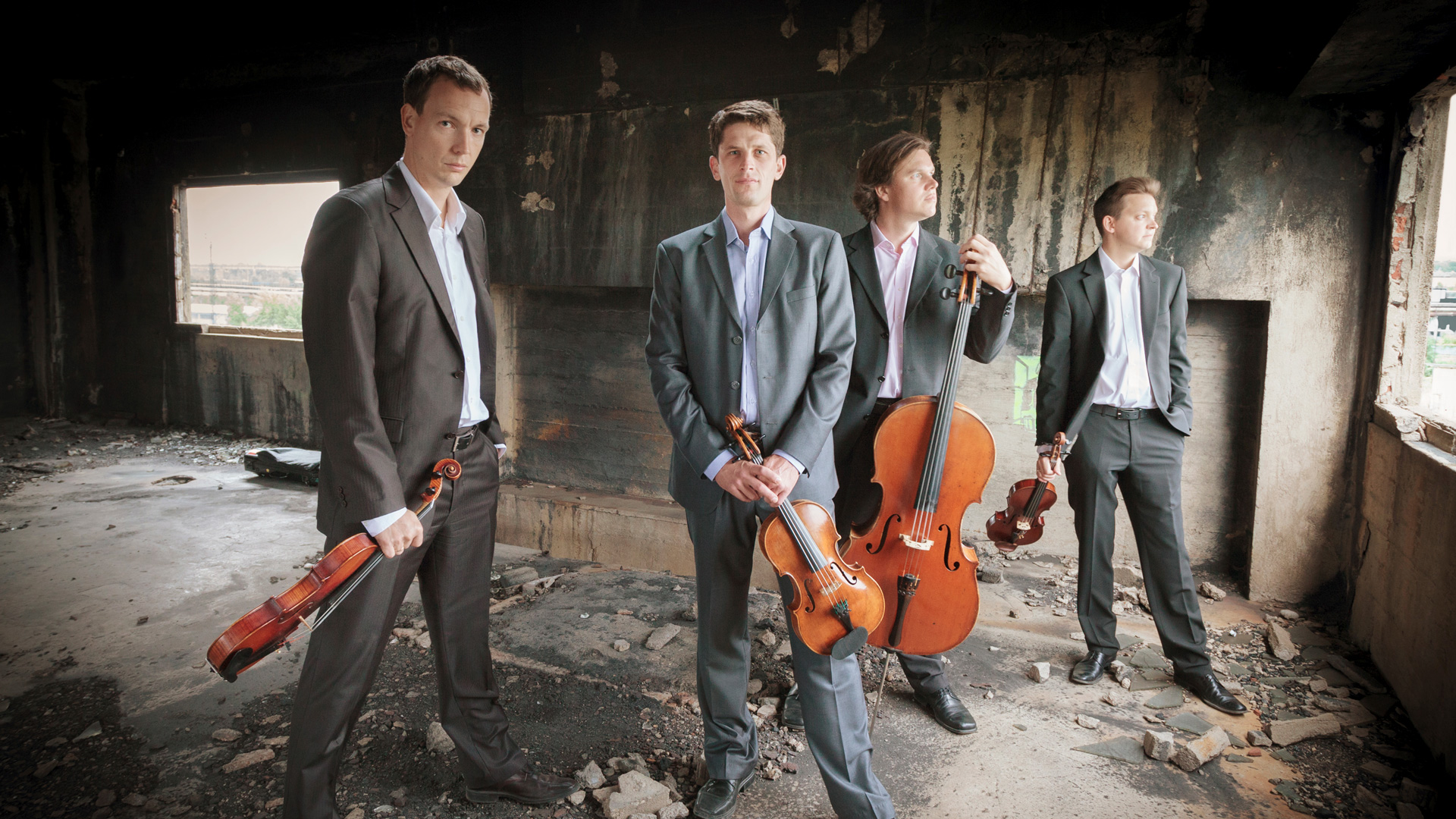 Fier, Jakub, 1st violin Jezěk, těpán, 2nd violin Pinkas, Jiří, viola Doleal, těpán, cello
The Bennewitz Quartet is one of the top international chamber ensembles, a status confirmed not only by their victories in two prestigious competitions  Osaka in 2005 and Prémio Paolo Borciani, Italy in 2008, but also by the acclaim of the critics. As early as 2006, the German Frankfurter Allgemeine Zeitung wrote: "... the music was remarkable not just for its clarity of structure, but for the beautiful tonal palette and purity of intonation in its execution. Only very rarely does one experience such skillfully crafted and powerful harmonies... Great art." The ensemble has received various awards on the Czech music scene as well. In 2004 the quartet was awarded The Prize of the Czech Chamber Music Society and in 2019 the four musicians won the Classic Prague Award for the Best Chamber Music Performance of the year.

The members of the quartet put a lot of stress on the inspiring and sometimes challenging choice of their concert repertoire. In 2012 and 2015, the ensemble performed in a sole evening the complete of Bartóks six string quartets in Maggio Musicale Fiorentino and in Swedish Upsala. In 2014, the four presented a premiere of The Songs of Immigrants by Slavomír Hořínka in Konzerthaus Berlin. In 2019 the quartet added a new CD in its discography featuring the music of the persecuted Jewish composers H. Krása, V. Ullmann, E. Schulhoff and P. Haas on the Supraphon label.

Since 1998 the quartet bears the name of the violinist and director of a music conservatory in Prague, Antonín Bennewitz (1833-1926) who contributed greatly to the establishment of the Czech violin school. The most significant musicians who count among his disciples are Otakar evčík and Frantiek Ondříček and above all Karel Hoffman, Josef Suk and Oskar Nedbal who, under Bennewitzs influence, formed the famous Bohemian Quartet.